Zentangles, Inktober and a Blank Journal 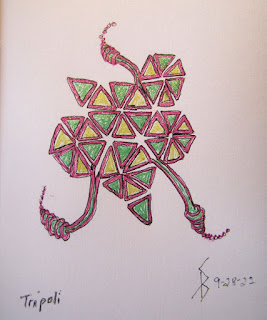 Definitely a productive week for a change. Something about following this current Zentangle series seems to have sparked a motivation to get back to drawing and being a little creative in general. This one is based on the Tripoli tangle and I must say, I deviated quite a bit in the use of materials. I think my triangles were quite a bit smaller than the ones on the example and my metallic gel pen did not leave as thick of a line as the Zentangle people got on their translucent smooth tiles. 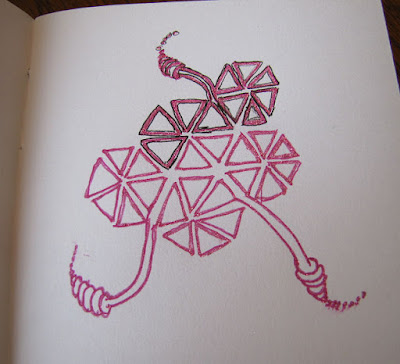 This made the step of outlining each stroke on both sides with an 01 Micron Pen a challenge, not made any easier by a shaky hand, eyes that didn't want to focus and the texture of the paper that made it even more difficult to make straight lines. By the time they got to the part about adding the pastel chalk inside the triangles, I was ready to go off on my own, especially since I didn't have the colors of Art Graf I wanted to fill the tiny triangles with. I continued to use the metallic gel pens to fill them in and the spaces in the flourishes - I forget what that tangle is called.

Here's another video to show the sparkling gel pens. In case you didn't know, you can click on the icon in the lower right to switch to a larger version easier to see. I noted this time around that some of the metallic sparkle escapes the ink and ends up on the page, much like glitter seems to get everywhere. 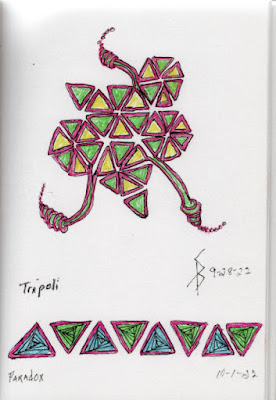 I thought I was done but at the end of their video, they flipped their translucent tile over and added the Paradox tangle inside each triangle, visible faintly from the front, especially if the tile is help up to the light. I already was thinking about adding a row of triangles along the bottom of the page and filling them with a different combination of metallic pen colors and if I made those triangles bigger, I could fit that Paradox tangle in them, unlike the small triangles above. I rather liked this. 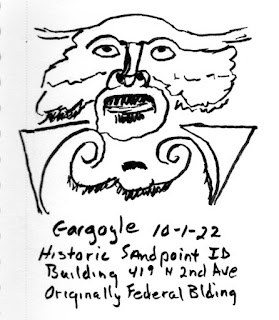 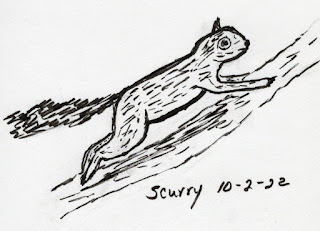 And then the weekend came and it was October, time for #INKtober sketching if I wanted to give that a go. Last year I only made it a week before I lost interest and really wanted to spend my time elsewhere. This year I'd seen a preview of the official prompts and thought, yeah - I think I can work with these this time. So here are my first two, drawn with a pen that is new to me and primarily used for Manga Graphic Novels use, i.e. it makes some very thick lines if you are not careful. It is taking some getting used to. I'm not doing this drawing out of my head but referencing photos to guide what my mind envisions but my hand often fails to interpret without some help. 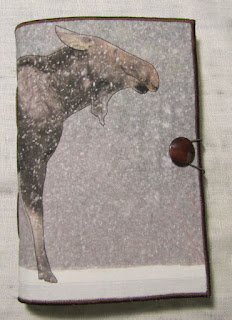 Finally, here's a very old unfinished project to add to my "finish more!" resolution for the year. When I lived by the lake over ten years ago, I was visited by a moose who eventually crossed the road and ambled down the bike trail, giving me ample time to take lots of photographs, some of which got printed onto fabric for padfolios. While experimenting with placements, I had several "rejects" that didn't work on padfolios, but never one to throw anything away, I could see that they might work for blank journal covers and one actually did. 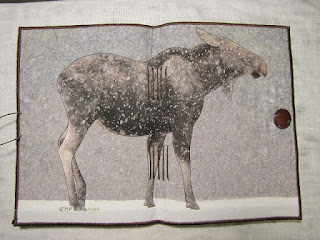 This one which was sized a little big got as far as being fused to felt and WonderUnder fused to the lining before the two pieces were pinned to my design wall. You know, out of sight out of mind, and I figured this would be quick to finish up if I just kept it in sight. Well, not so. I added a little quilting to outline the moose earlier this year before it went back up on the design wall. I just wasn't up to adding as much stitching on it as I did the first one. 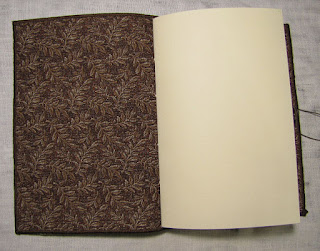 But now I wanted to finish it up as a thank you gift for one of the gals who helped me so much after my surgery and who I'd discovered liked to occasionally journal. And I wanted to see how things would go sitting at the machine as this one would require a satin stitch finish around the outside. I just had to trim the cover and the lining and fused them together before doing that satin stitching. Turns out sitting at the machine is not a problem. The signatures are sewn in with perle cotton and the closure is a button from my garndmother's/mother's button collections and an elastic loop.

And so I got the Peace quilt backing pinned to the front over the batting and set my machine up for quilting it with a walking foot. Lots of easy straight line stitching ahead whenever I feel like a sit-down.

Posted by The Idaho Beauty at 6:52 PM

You're back! What a busy week you've had creating! I'll bet it feels great to be dipping your toes--wading?--into projects again! Jan in WY

Feels like forever since I've had that kind of week. Hoping for many more! Go from wading to diving in!

Good to see your creativity going again. It must feel great.